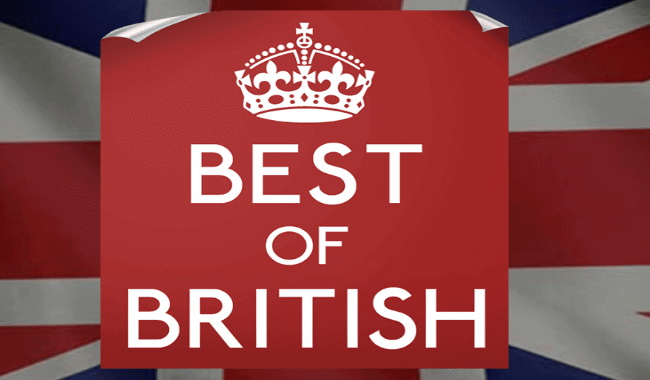 Best of British slot is a five reel online slot game that was released in 2014 by Nektan Software. As with most Nektan Software slot games it was designed with mobile play in mind and features accessibility to control buttons on the left and right of the screen as opposed to beneath the reels. The game is however available on desktop too for real money.

The five reel and three row grid features transparent reels where the background view is of a Union Jack flag with two soldiers standing on either side of the transparent reels. Britain is the basis for the online slot game’s theme and all symbols are represented by well-known British items.

Swiping the stakes and lines menu on the left accesses the betting options. Best of British slot has fifteen selectable pay lines and this is where they are activated by placing bets of 0.01 to 1.00 on each. The maximum bet is set at a value of 15.00 with all pay lines activated.

Up to fifty automatic spins are available with the auto play mode which is accessible on the right of the screen. If a manual spin is preferred the spin button can be used.

Winning symbol combinations, which include three to five matching symbols, landing on activated pay lines are paid according to the online slot game’s pay table and all pay lines run from the left. 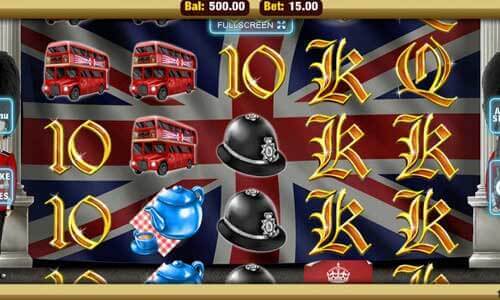 The Best of British slot symbols represented by themed images include game’s logo, a fish and chips symbol, a London bus, a policeman’s hat and tea. The Best of British slot logo is the most valuable symbol paying the jackpot prize of 500x the pay line bet for five. The remaining themed symbols pay out amounts from 35x the pay line bet for three tea symbols to 450x the bet for five fish and chips symbols.

The Wilds and Free Spins Feature

A British bulldog with a Union jack is the Best of British slot game’s wild symbol. This is only a standard wild symbol that replaces other symbols where wins may be possible but it will not replace one of the scatter symbols that trigger the bonus feature.

The Best of British slot scatter symbols resemble a London underground sign. This symbol can only land on the first, third and fifth reels but when it shows up on all three simultaneously the free spins feature is triggered. When this happens thirty free spins are awarded and then played on the same bet as the spin that triggered the feature.

The free spins round has no additional features but it may be re-triggered by landing the London Underground scatter symbols on reels one, three and five again.